11 Home Security Mistakes That Put You at Risk

11 Home Security Mistakes That Put You at Risk

by Dan Stout from the Family Handyman

No matter where you live, home security is an issue that you’ll have to address sooner or later. The only question is whether you’ll do so before or after a criminal forces the issue. Whether you think it’s time to take your home’s security more seriously, or you want to make sure that your current preparations are well planned, here are 11 common mistakes that you’ll want to avoid. 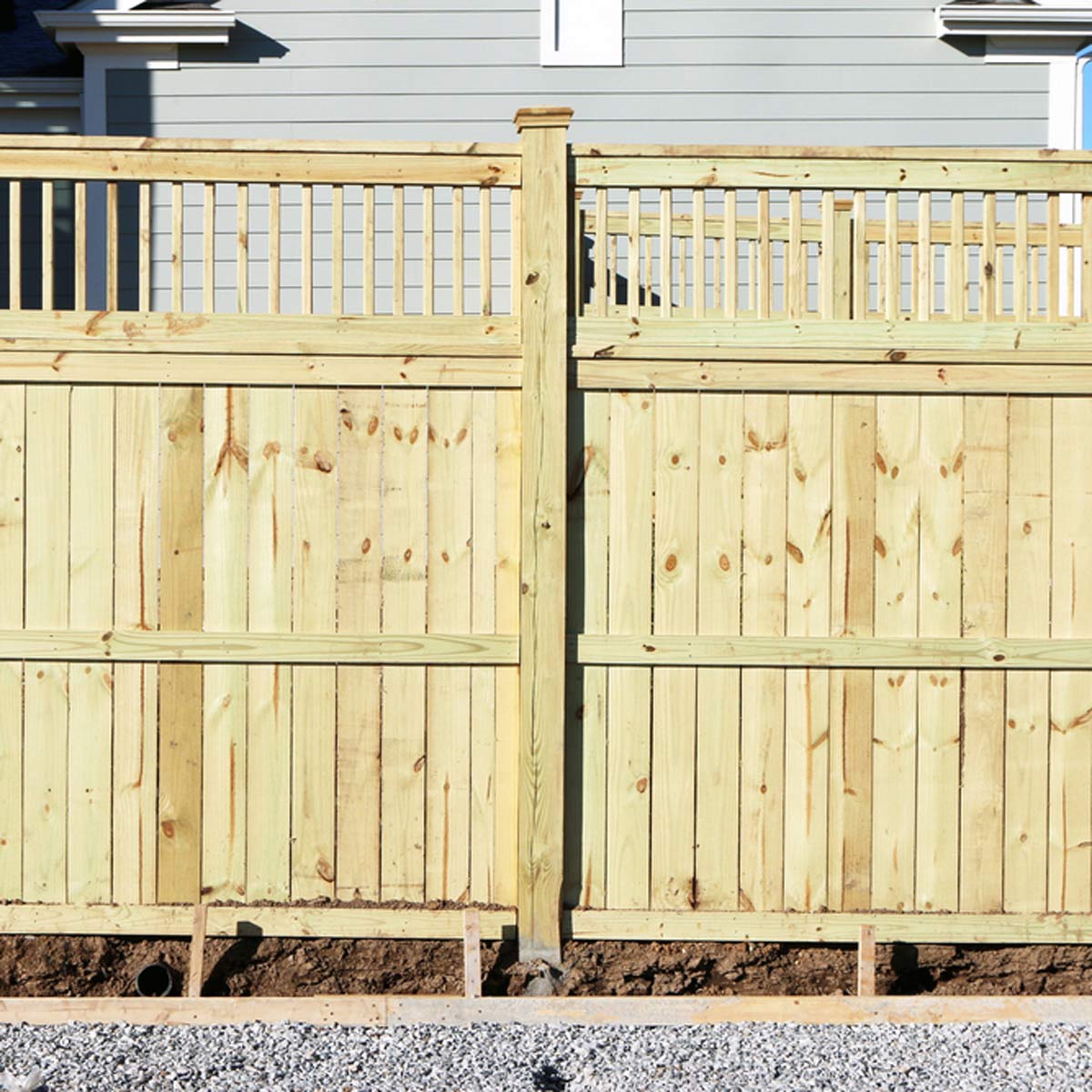 The Perils of Privacy
Privacy gates and fences might make you feel more secure, but in fact they often provide hiding spots and cover for thieves who want to force entry into your home. The same traits that allow fences to give you privacy from the outside world can allow an intruder to be unseen as he forces entry.

Of course, the layout of every home and property is unique. But if possible, plan your privacy fencing so that at least the main entryway is visible from the street. Doors are by far the most common entry point for criminals, and a highly visible door makes their job more difficult. Even better is a reinforced door, and a door upgrade is a very rewarding DIY project. Hiding Keys Outside
Many people like to keep a house key hidden somewhere in the yard. This is great for having someone take care of your home or if you accidentally get locked out. Unfortunately, most homeowners “hide” their key in obvious spots, where a burglar will look immediately. In other words, don’t just put that key under the welcome mat!

Generally speaking, the further from the house a key is hidden the better, and a disguised item (such as a fake rock) is only useful if hidden among similar items (like regular rocks). Don’t give the keys to your home to a criminal! Drill down deeper into this topic and find out more about where not to hide your keys. 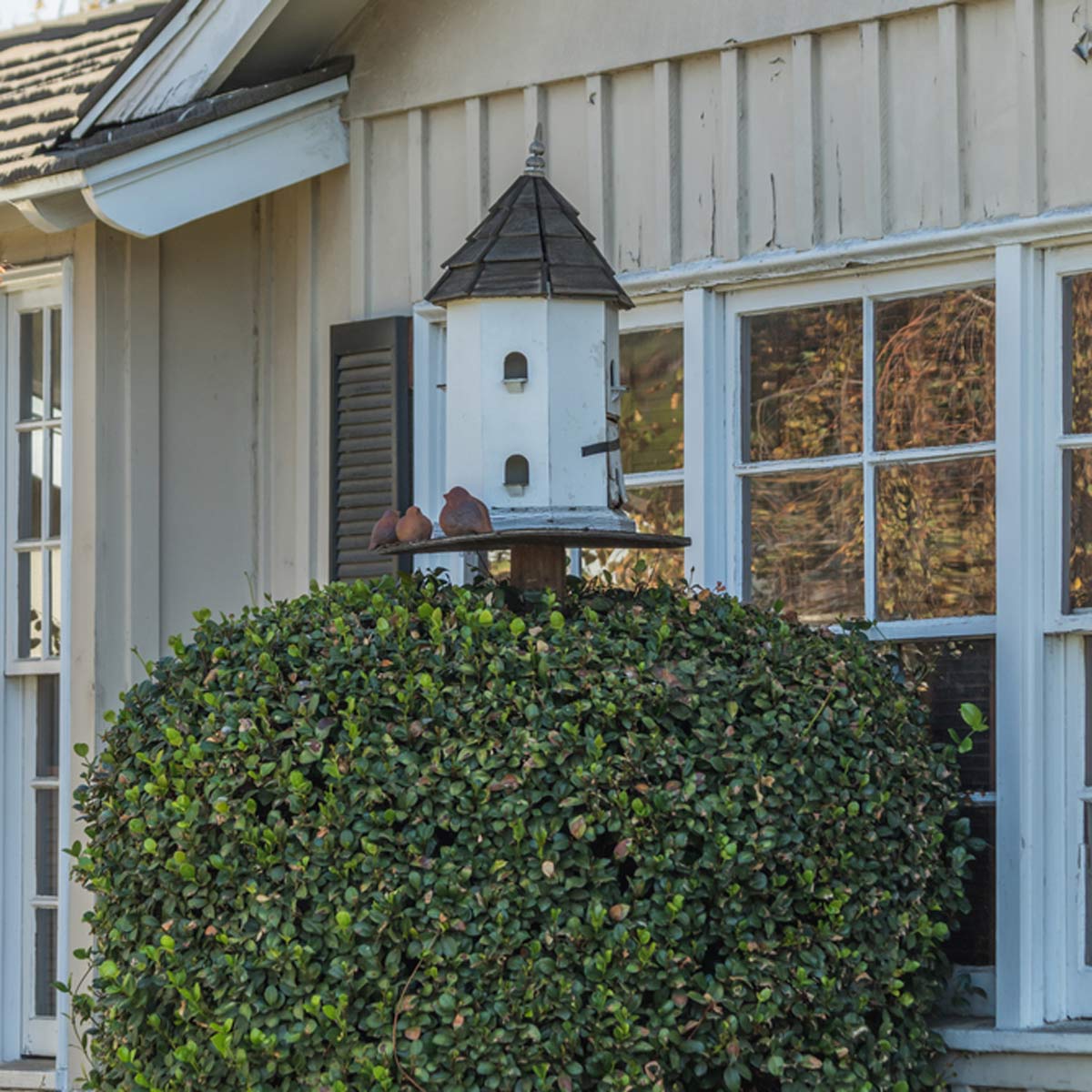 Bushes Too Close to the Home
Much like a fence, your choices in landscaping can make your home more or less friendly to those with ill intentions. Bushes and trees right up against the side of the home provide cover in the same way that a privacy fence might. Correct this mistake by having low height or thin-growing plantings immediately beside the home, and keep the taller, denser plants more distant.

It’s important to note that you don’t have to give up all your plants, but do give a little more thought to where they’re placed. Also, taller or more dense shrubs and bushes are fine against solid walls, as long as windows and doors aren’t obscured. Additionally, following this tip will lead you to avoid larger plants and trees whose root systems can damage your foundations and whose leaves can clog your gutters, often the first step in curing a wet basement. 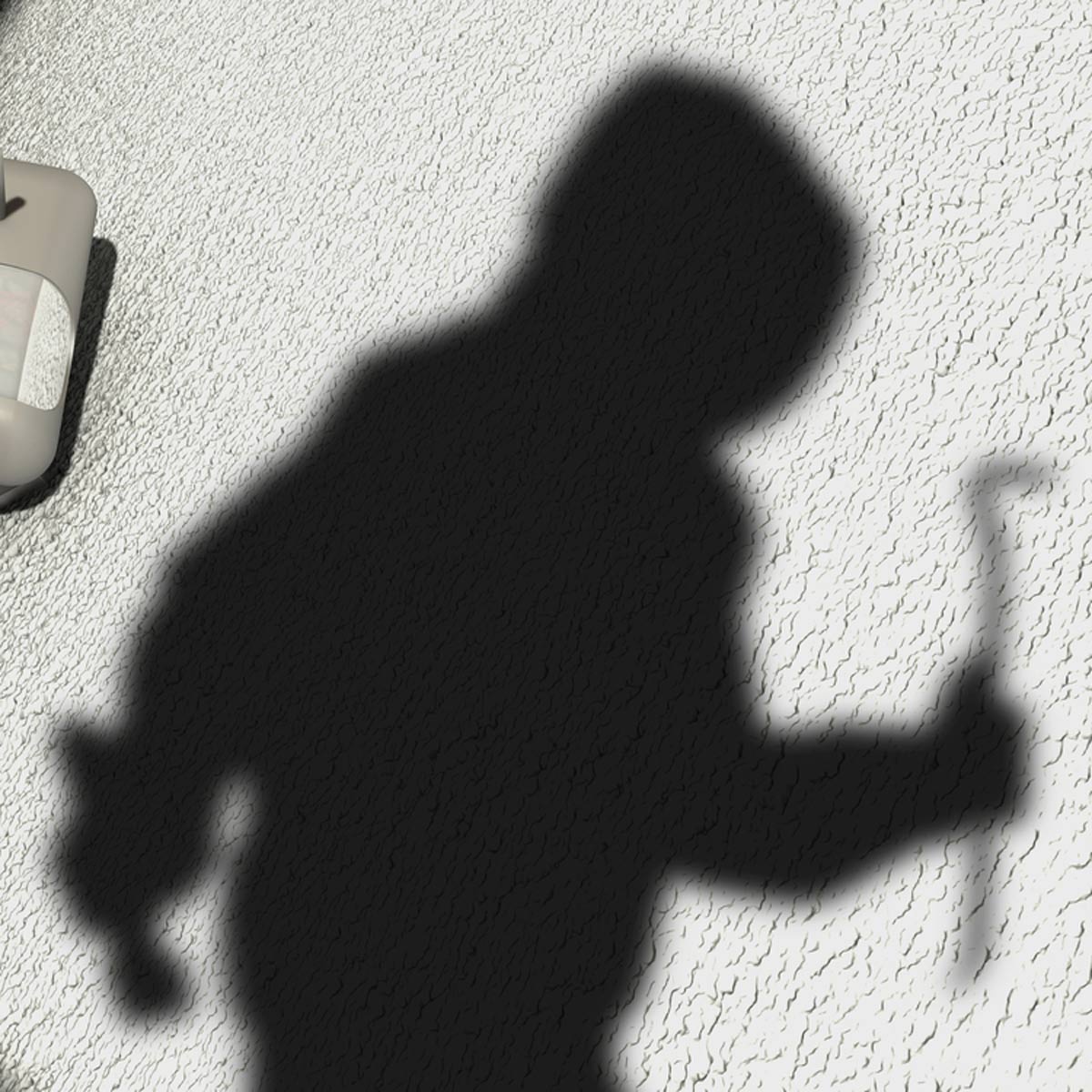 Static Lights
Many homeowners’ first response to home security is to install outdoor lighting. Then they turn on the lights at the end of the day, or maybe take the extra step to place a timer or light sensor, so that the lights will be automatically on at night. The problem with this plan is that while it does light up your yard, it also creates dense pockets of shadows that make for great hiding spots. A much better solution is to put your lights on motion sensors. You’ll still have the illumination, but it will come as a shock to anyone prowling around the home, and immediately raise concerns in their minds about whether or not they’ve been spotted. Plus, the motion sensors mean that the lights will be used less often, leading to lower electrical bills and longer lived light bulbs. For further information, check out this article on choosing and installing a motion sensor light. 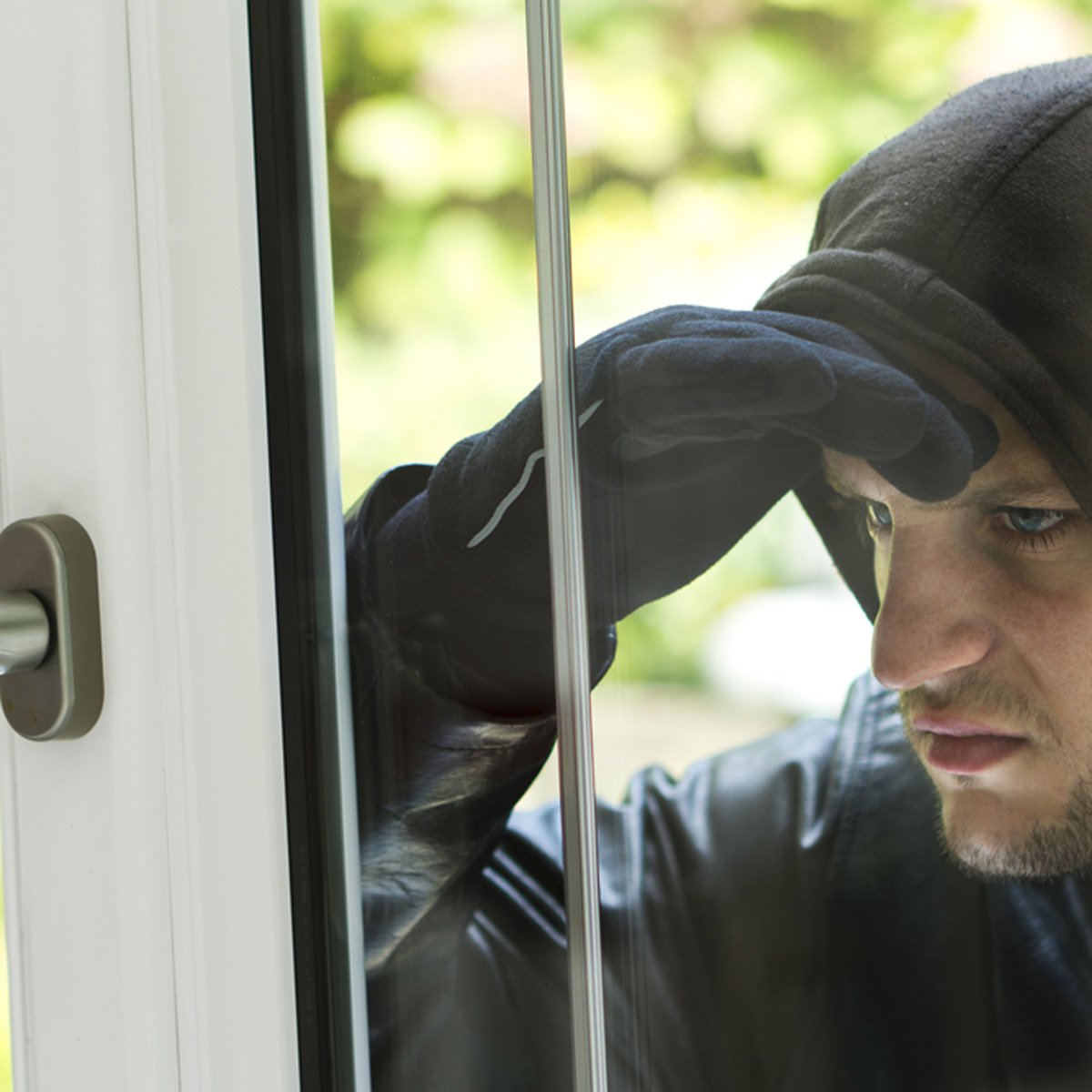 Visible Valuables
While we’ve mentioned the need to concern yourself with the visibility outside your home, give some thought to the visibility of items inside your home as well. Many homeowners forget that windows are a two-way portal: just as you can see out of them, a potential intruder can see in.

If you have especially valuable items, give some thought as to whether or not they’ll be visible from a ground-floor window. This is especially applicable to first-floor bedrooms where jewelry or other items might be left out on dressers. Some items, such as televisions, are difficult to position so they won’t be visible from a window. In that case, the best you can do is to make sure you pull the shades or blind shut in the evening. Similarly, give a little thought to putting away valuables by either tucking them out of sight or in a dedicated secret hideaway. 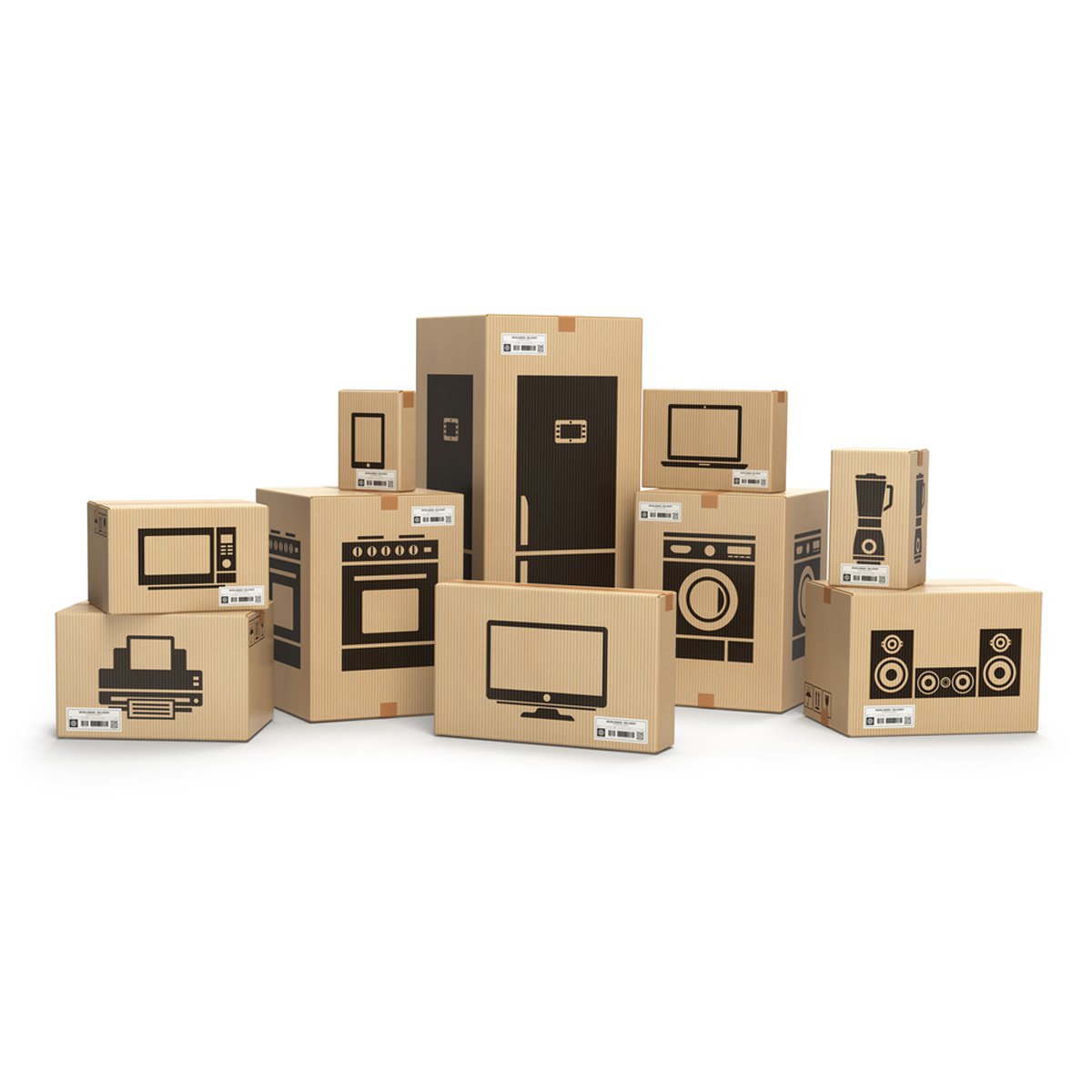 Packaging Left by the Curb
In many neighborhoods, trash and recycling is collected curbside. If you have packaging from an expensive item such as a television or laptop, don’t just set the empty box by the curb. That’s practically a yard sign announcing that you have an expensive new item in the home.

Luckily, the solution is usually fairly simple. Use a utility knife to cut the packaging into smaller pieces and stack it in a way that doesn’t display what it once held. (Bonus tip: when you’ve dulled that utility blade, here’s a DIY blade dump to protect your fingers while taking out the trash!) 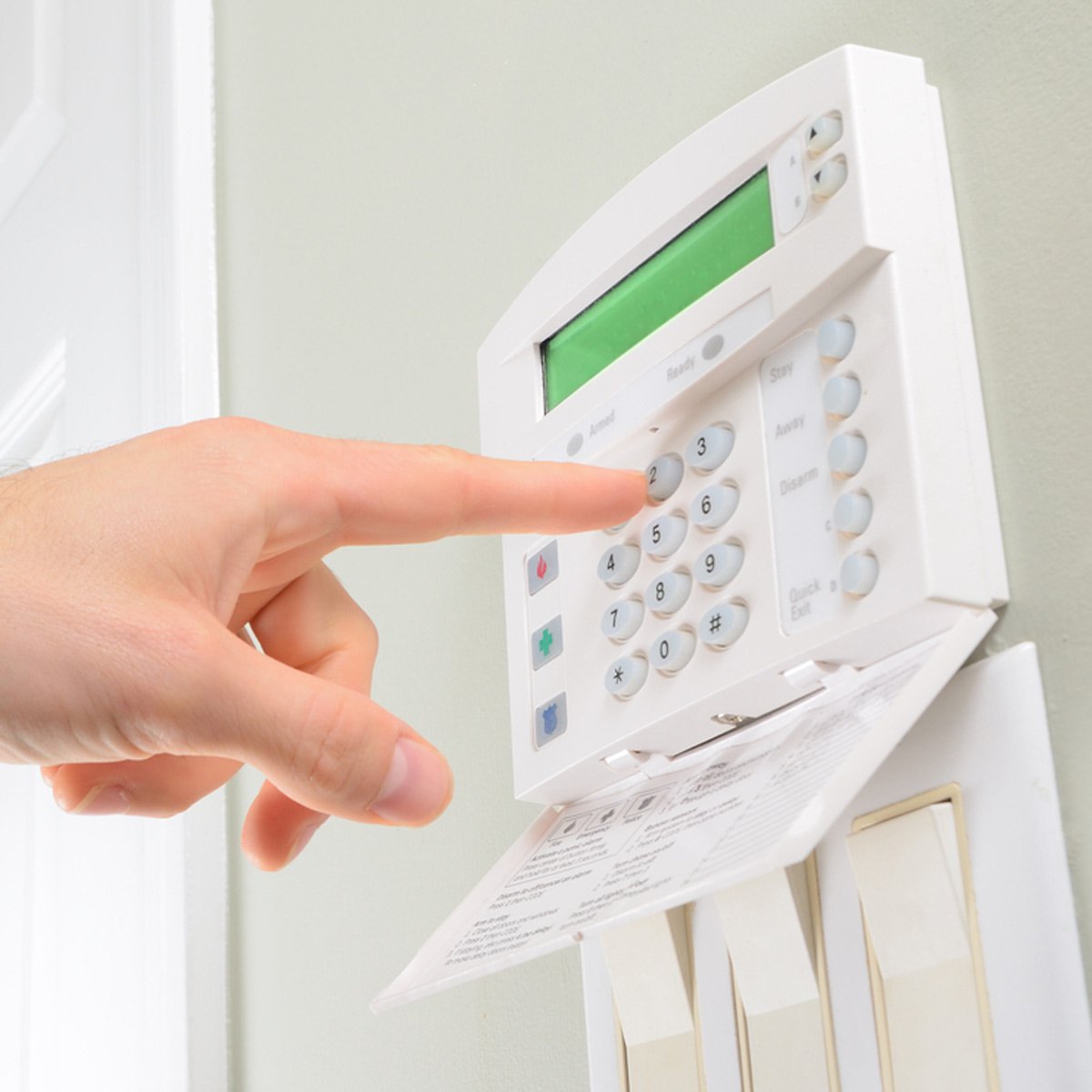 Alarm System Line of Sight
Alarm systems are wonderful tools, but sometimes the installation crews don’t give enough guidance to new customers during installation. A common mistake is to install the control pad in a location that is visible from a first floor window. This is a problem because potential thieves can peer in and see whether or not the system is activated. That alarm company yard sign won’t mean much if they know that the system is turned off. This is especially true at night when the green or red status light is clearly visible in a darkened home. Check out this collection of home security tips including inexpensive, easy-to-install solutions. 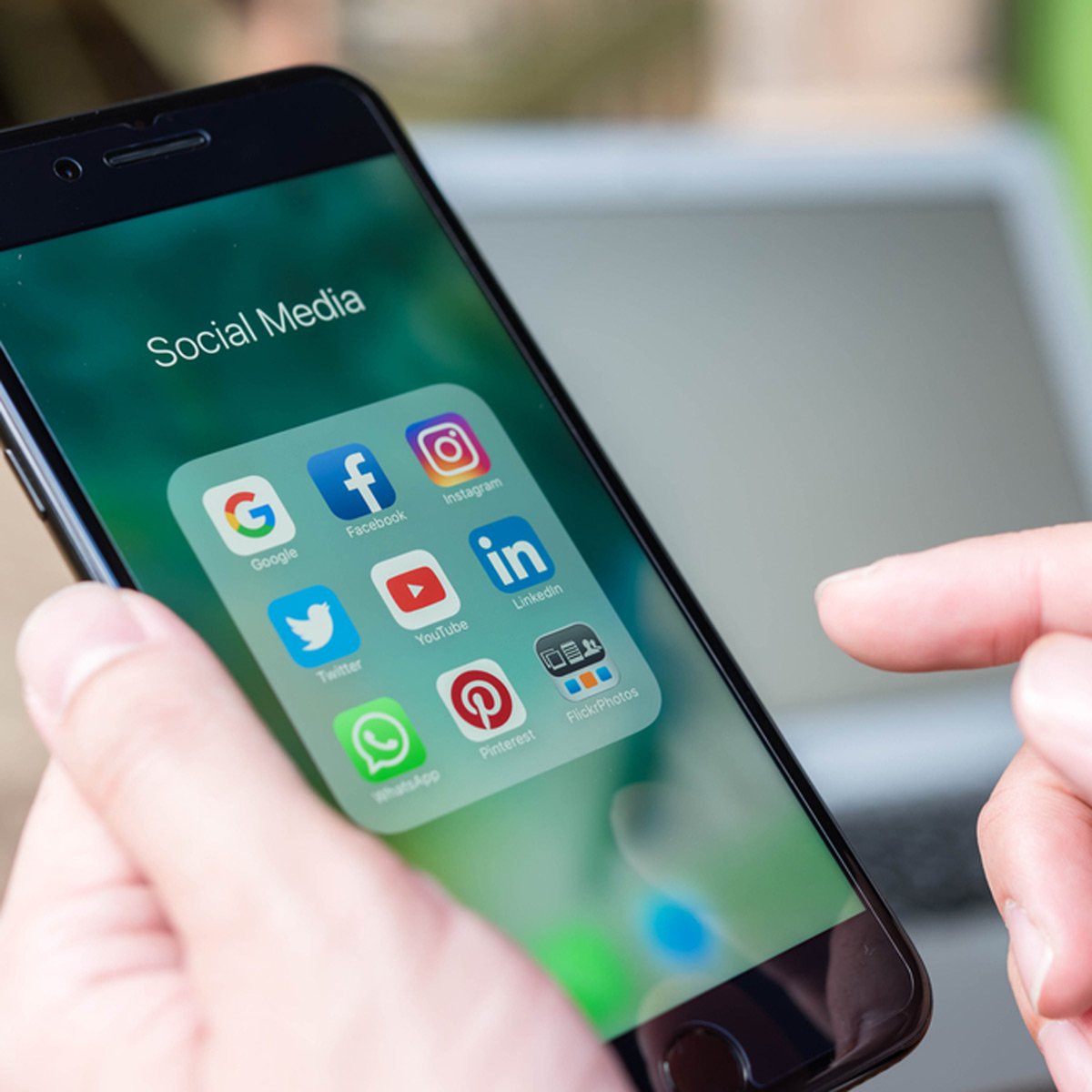 Social Media Travel Posts
Social media is a fantastic tool, one that works great for staying in touch with friends and for sharing travel experiences and photos… after your trip is over.

Remember that social media is built to be public, which means that it’s a bit like talking to a crowd with a megaphone. Don’t share travel plans unless you’re comfortable with the entire social media community knowing about them. Because social media accounts default to a public setting, criminals can simply search for keywords like trip, travel, vacation, out of town and find descriptions of the dates and times that people will be leaving their homes.

To avoid this, simply wait until after your trip to share information about your trip! If you do feel the need to let people know you’ll be out of town ahead of time, take a few moments to ensure that your post is marked as private through that social media platform. By limiting its audience and it searchability, you can make sharing your schedule much more secure. Check out this article for more tips on how to use social media safely. 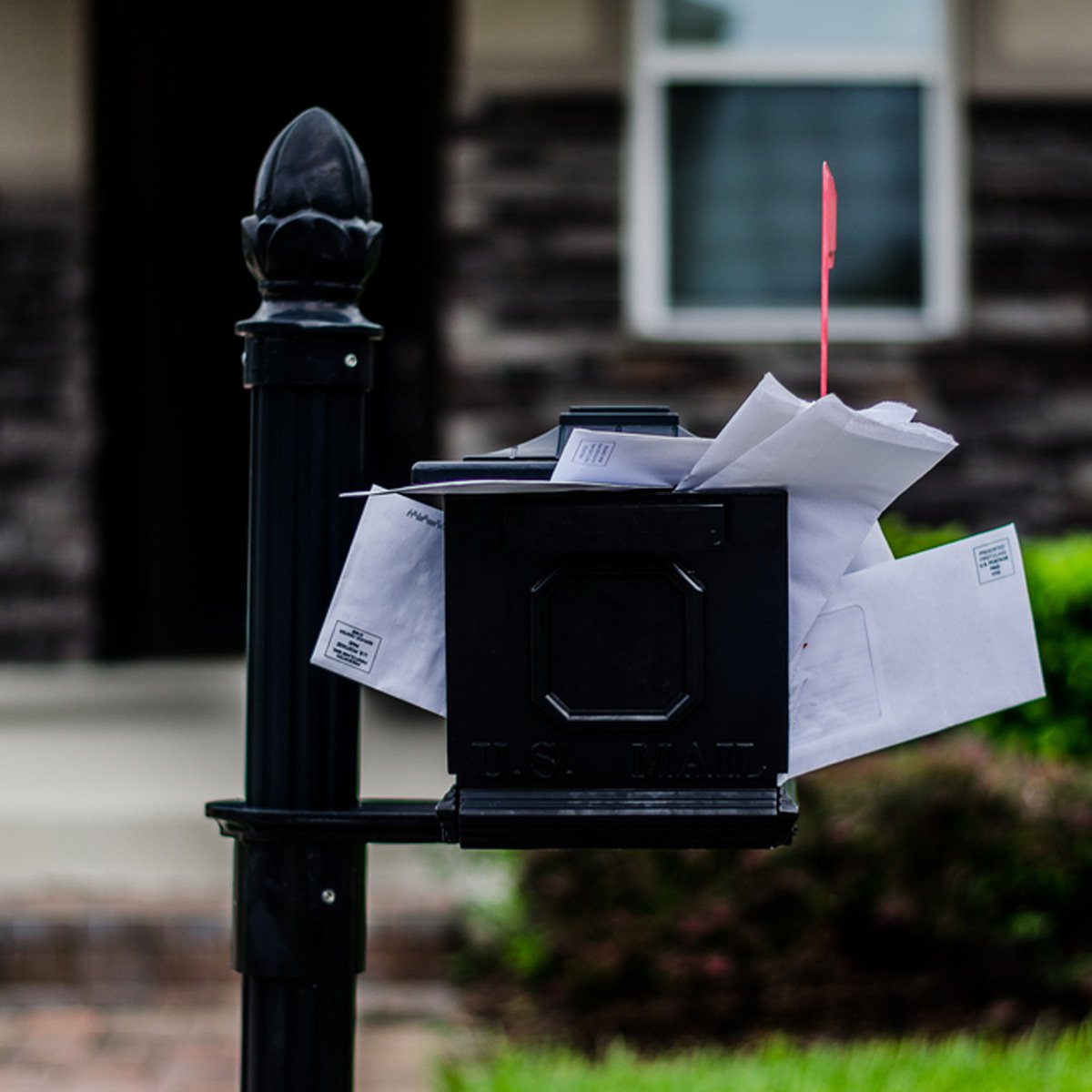 Mail Pileups
Very few things advertise an absent homeowner like piled up mail and newspapers. Criminals don’t even need to slow down their vehicle to spot an overflowing mailbox or newspapers piled up on a porch. To avoid this, contact your local post office or newspaper and suspend service while you are away. Because these services sometimes miss a day or take a little bit of time to cease delivery, it’s also a good idea to ask a friend or neighbor to swing by and collect any mail or newspapers that accumulate while you’re away. Having someone showing a little activity around the front of the home will make it look occupied as well. It’s also a good idea to protect your mail with a security mailbox—just one of these 35 things burglar’s don’t want you to know. 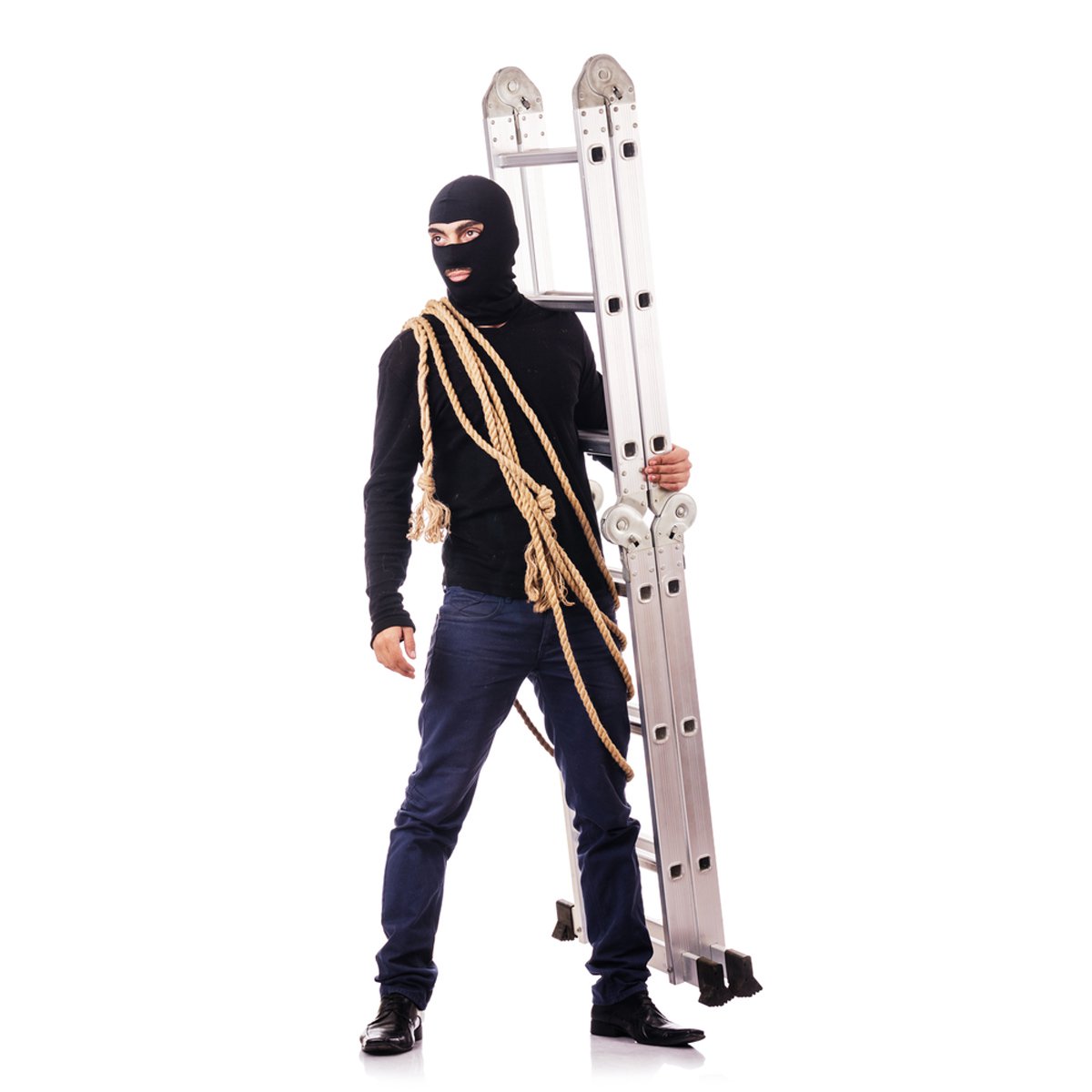 Ladder Access
You may have noticed that most of these tips have addressed first-floor issues. This is because it’s much more difficult and high-risk for burglars to bring a ladder with them on a break-in. However, some homeowners make it easy on the bad guys by providing simple access to their second floor. Don’t leave ladders lying around the yard, where they can be easily seen by prowlers. Most burglars are creatures of opportunity, and will never consider a second floor entry unless you make it easy for them by leaving a ladder on hand. Instead, store your ladder safely away. Here’s some tips for ladder storage, along with 17 other clever ideas for hard-to-store stuff! 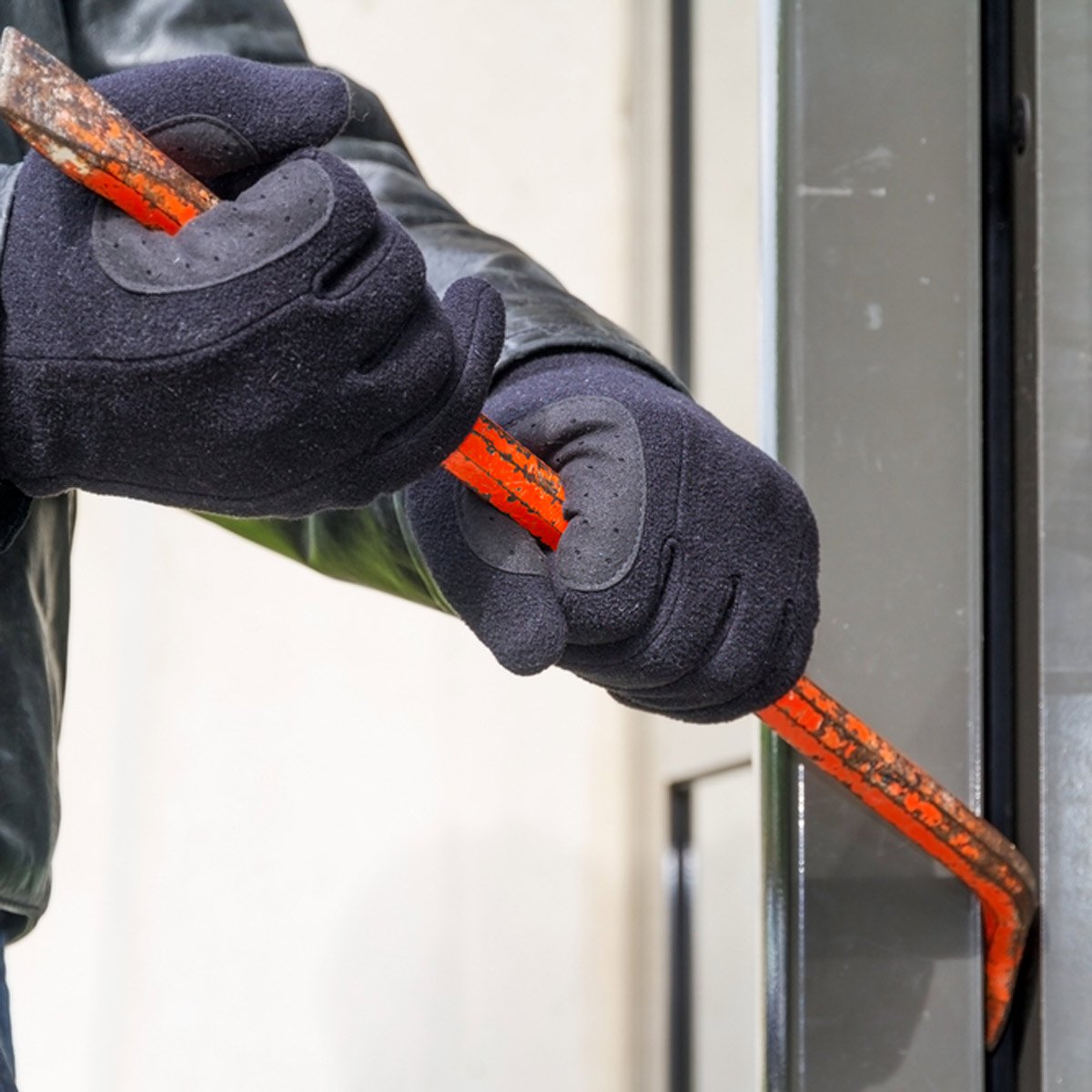 Assuming Daytime is Safe
Most people associate break-ins with the nighttime. While it’s true that burglars appreciate the cover of darkness, what they really appreciate is an empty house. And at night, people are more likely than not to be at home. Burglars are far more likely to target homes when they are empty: in other words, when everyone is at school and work!

Since the majority of break-ins occur during the day, take the appropriate measures. Turn on your alarm system when you’re gone, keep an eye out for suspicious activity, and make sure that you close and lock all doors and windows when you’re away from home. This applies whether you’re going to work, school or just running errands. Use factory-installed window and door locks, or use one of these simple DIY window locks to keep your home safe.

To continue searching, you must agree to the Terms of Use.

For the best experience, please provide your cell phone number and select accept below to opt-in to our Terms & Conditions and Privacy Policy to begin receiving text and voice communications.

or make a new notebook

Search the full MLS and Exclusive Property Listings.
(Prices and inventory current as of January 28, 2021)

Have a house to sell?

Find Out How Much Your Home Is Worth (optional)

We just need your phone number to finish creating your account.